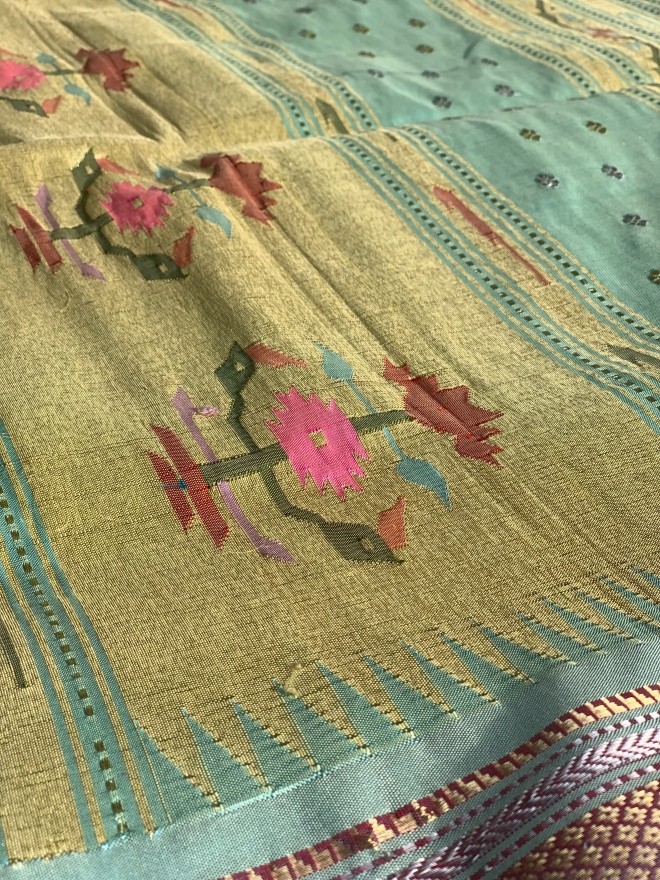 Did you know that one of the worlds top airlines, once wore a sari?

Way back in 1997, British airways, in an effort to break away from its stiff upper lip image, invited designs from all over the world, that they would choose to paint on the tails of their aircrafts.

A tartan checks design from Scotland, a typical Egyptian tent motif from Egypt and guess what, a traditional Paithani motif from India!

The designer who submitted this design was Meera Mehta. She chose a design that she had designed, that had then been woven by master craftsmen and had won a national award! Meera, who was 47 then, had already won awards for costume design for the film utsav.

The BA bosses were enthralled by the motif and selected it to paint it on the tails of that aircraft! So that’s story of how an aeroplane once wore a saree!! 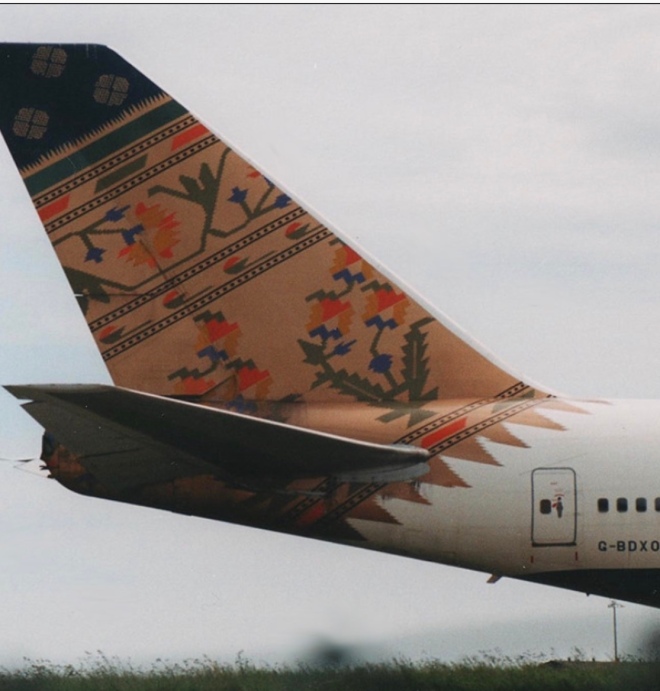 This design , till date , is still woven by the master weavers of Yeola and they have aptly named it as the ‘British airways paithani’. 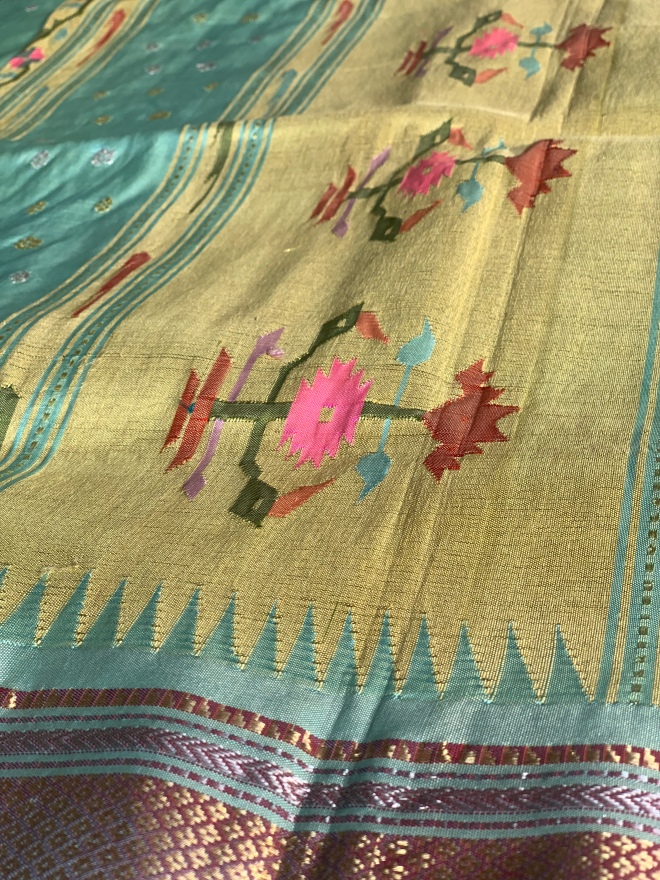 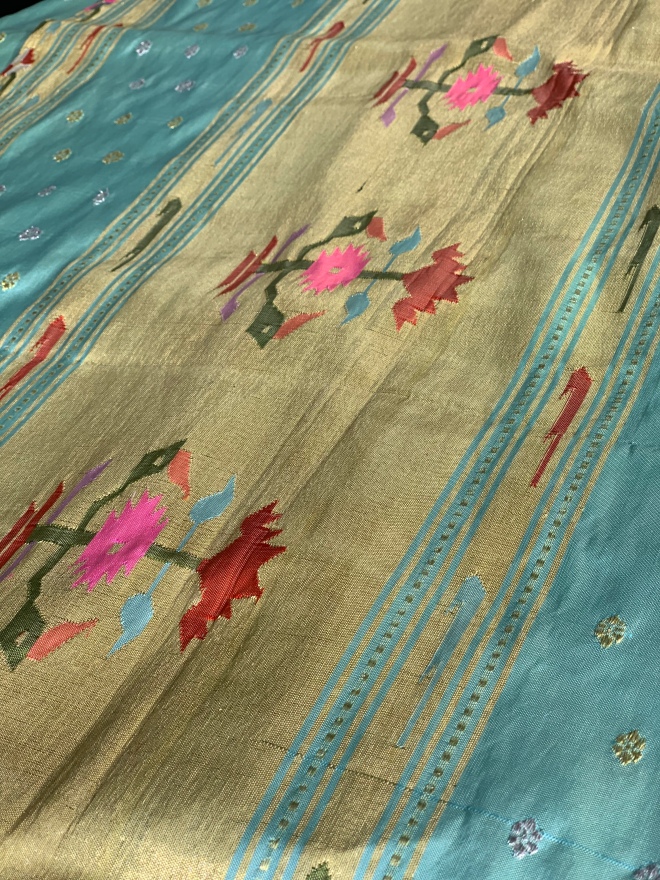 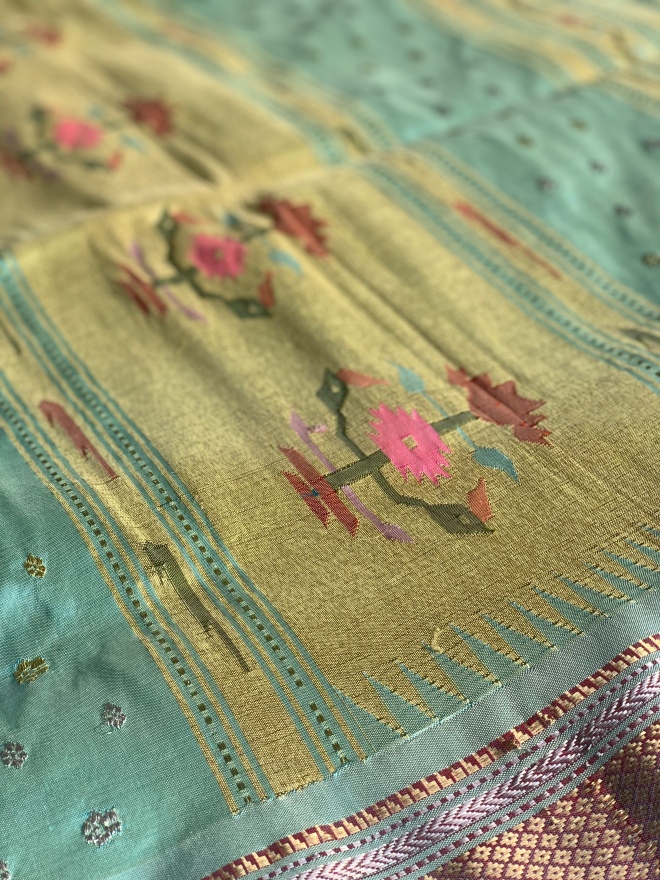 In my upcoming exhibition, you will get a chance to see, hold and even  own this masterpiece.